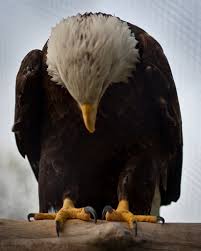 John 15:12-14 New International Version (NIV)
12 My command is this: Love each other as I have loved you. 13 Greater love has no one than this: to lay down one’s life for one’s friends

On Memorial Day we honor those who have made the supreme sacrifice protecting the United States. While we honor those who died in combat, let’s not forget those who died in a different theater, the battlefield of home. According to the Department of Veterans’ Affairs, in 2016, 6079 veterans committed suicide. The reasons why the suicide rate among Veterans is so much higher than the national average are complex. PTSD, the stress of transitioning from combat to civilian life, opioid addiction, and isolation are some of the issues the VA is addressing, but much more needs to be done to identify at risk veterans and insure they have access to the care they need. There is one area that I feel is overlooked and needs to be addressed. That is the kind of society our Veterans are coming home to.

The military send troops all over the world to stop the spread of tyranny where it lives, to keep it from our shores. After sacrificing precious time away from their families, and sometimes health and limbs, our heroes come home to a nation which has lost its moral compass. The evils they were sent to fight, Communism, tyrannical dictatorships, radical Islam, are not only accepted, but openly embraced by academia, journalists, the entertainment industry, and even some of those elected to Congress. Is it any wonder that returning Veterans feel hopeless and despondent? While the ubiquitous “thank you for your service” and “we support our troops” are everywhere, and it’s nice to be appreciated, these platitudes seem hollow when uttered by a people who have no real understanding of the ideals our Veterans were sent to defend.

The day we can truly honor the fallen, is not the last Monday in May, it is that Tuesday in November when we can choose to elect representatives who understand our Founding Documents, will uphold the Constitution, and will champion individual liberty over the will of the masses and their own desire for power. Those brave heroes who died battling the horrors of war, overseas and at home, they did their duty, now it’s time we did ours.