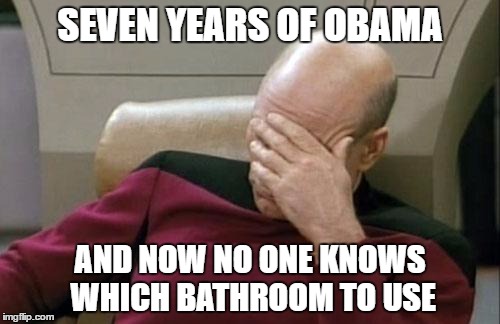 On October 24, 1929, the stock market fell. Millions of people panicked and rushed to remove their money from the banks, fueling the worst economic collapse in our nation’s history. Millions were left destitute and in despair. On January 30, 1933, a man came to power in Germany who, without any real evidence to back his theories, convinced the masses that an entire ethnic group, was intellectually inferior and morally evil. Millions of Jews were horribly massacred as a result. On September 11, 2001, a handful of people, convinced, by the propaganda of their religion, that a country whose culture they did not understand, was a great evil. Thousands died that day. In the aftermath, the fear and uncertainty caused the stock market to fall again. On November 4, 2008, a man who had little qualification or experience in leadership, was elected head of the most powerful nation on earth, by convincing millions of Americans that wealth is a finite resource, jealously hoarded by a few at the expense of the many. He promoted the ideal that those who sought destroy our nation were not evil, only misunderstood, and that a kinder, gentler America could make them our allies. He beguiled the masses with the promise of “hope and change” and that everyone could live free of worry and want. The result has been 8 years of declined job opportunities, and economic downturns. Our enemies are growing bolder. The country is more divided now, racially, economically, and socially, that at any time since the Civil War.

The thread that ties all these events together is that they were all fueled by negative emotions. Angry, fearful, and desperate, mass hysteria is a dangerous and powerful thing that almost always leads to disaster. Judging by the climate of this year’s election, we have learned little from history.

It’s ironic that as individuals, we can be thoughtful and intelligent. Using logic and reason to guide our decisions. But put us in a crowd, and we deteriorate to “group think”, and will seek a leader who seems most likely to provide us with comfort and security. This herd mentality makes us easy to manipulate. All a politician has to do is promise us a society where we can become prosperous by doing less, protection from our worst fears, or relief from what angers us. Our Founding Fathers were excellent studies of human nature, and that is why our system of Government never was, isn’t, and should never become, a democracy.

You heard me right. In spite of what you have been taught in public school, we are not a democracy. In a true democracy, every person gets a vote on every issue, and the majority wins. Could you imagine what a logistic nightmare that would be? Our form of government is a Constitutional Republican Federation. That means that we elect persons to represent us at all levels of government, and those elected persons are bound by the limits defined in The Constitution. I know we all know that, but do you understand why this form of government is preferable to a true democracy? Logistically it is certainly more efficient, but there is a more important reason.

To understand how our government is supposed to work, you first have to understand the origin of our rights. Our founders did not believe, that the government granted us our rights. They believed that the rights listed in the Declaration of Independence were endowed upon every individual at birth, either through the Divine Providence of a Creator, or by Natural Law. By enumerating them in the Bill of Rights, our Founders intended to make the Government, and therefore our Representatives, responsible for protecting those rights. It’s vital to understand that the Bill of Rights pertains to the rights of the individual, not the rights of society. The concept of “we the people”, meaning the vast majority, was not what the Founders had in mind. One of the purposes of the Constitution was to protect the individual from the whims of the masses. In order to make our government more accountable to the individual, all powers not necessary to good order and security were supposed to be maintained by the states. The states would then elect their own legislatures, giving a greater voice to the residents of that state, and further diluting the power of the Federal Government. For Federal offices the states divided into districts, electing to the House of Representatives, people who were familiar with the needs of that district. An unscrupulous politician who was able to manipulate one district would not do as much damage as one who represented an entire state. Hoping to protect the individual from the oppression of mob rule, representatives to the Senate would be elected by each state’s legislature. Bet you didn’t know that. The people now elect senators, but this was not what the Founders intended. They were very concerned about mass hysteria infecting Federal Elections so in order to protect the nation from a political popularity contest, the Founders created the Electoral College. The way it works is a little to complex to explain here, but the purpose was to ensure that only a well qualified person was elected to the Office of the President. Here’s something else you probably didn’t know, we do not have a Constitutional right to vote for president. The president was supposed to be elected by the Electoral College, not the people. Laws pertaining to the voting rights of women, black people and people eighteen and over, were added as amendments many years later.

It’s a shame that we haven’t taken the time to read and understand our own founding documents. If we had, we would see just how watered down they have become and how our rights have been water down as a result. Our Founding Fathers were wise men that foresaw the disaster awaiting us this election year and tried to protect us from it. We didn’t listen, we didn’t learn, and now the inevitable collision between the Socialist Subway and the Trump Train will leave us all battered and bloody

Cruz just suspended his campaign and effectively denied us of the only hope we have of restoring the nation. For the first time since I turned 18, I truly feel that my vote doesn’t matter, because no matter who the democratic candidate is, our only choice really is between a giant douche and a turd sandwich. We are sooooo screwed